I woke up bright and early yesterday day morning, very excited for our Disneyland adventure to commence! I am an early bird, Husband is a night owl. So I figured that I’d wake up at my usual time (5AM), get dressed, make breakfast, and wake him up at 6:30AM. We finally left our house around 8AM. And just in case you’re wondering how long it takes to drive from San Diego to Anaheim in morning traffic, this is how long… 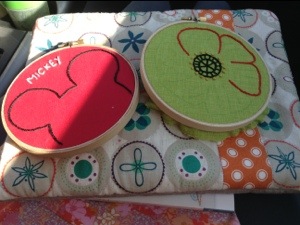 Before I left the house only half of that Mickey head was stitched. Our drive was long enough for me to stitch the other half, stitch the Mickey lettering, and stitch everything that you see on that lovely green hoop.I remember the days when I absolutely could not stitch in the car without making a mess of things; I’m glad that period is now behind me! And I found that it was actually easier to stitch in the car as there were far fewer distractions.

Anyhow, after the four longest lines (parking lot entrance, parking shuttle, ticket booth, park entrance) we finally made it in! Ah, the glorious sight of Main Street! There is nothing that transforms you into a child quicker than the sight of the castle (and being surrounded by life size versions of the Disney characters). 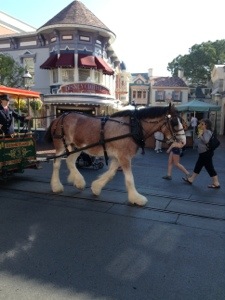 Although Pirates of the Caribbean is usually the first ride we hit, we opted for Star Tours this time. I love C3PO and R2D2, they’re just too cute! 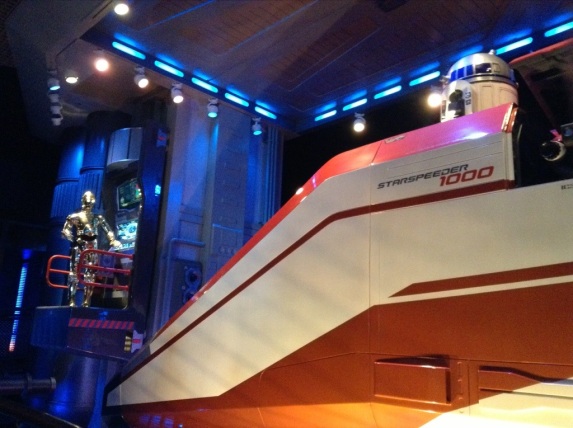 We tried to get fast passes to Space Mountain next because that line is always insanely long. (Word to the wise: always hit the fast pass machines for Space Mountain and Indiana Jones as soon as you enter the park because these lines can be absolutely brutal!) Unfortunately for us, SM was closed at the time so we headed over to the new princess area; I don’t remember exactly what it is called, but it is adorable and I saw dozens of little girls dressed up as the princesses smiling from ear to ear. So cute! 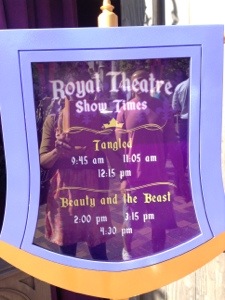 We took a peak at the Royal Theatre production that was going on. Somehow, I don’t think that we were the targeted audience here. Generally when Husband and I go to the theatre, we are the younger patrons (by far!) but this experience was quite the opposite. We stayed for a few minutes then booked it over to Frontier land. 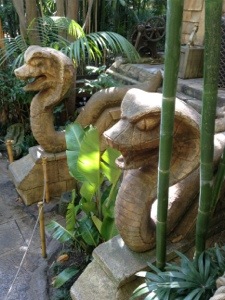 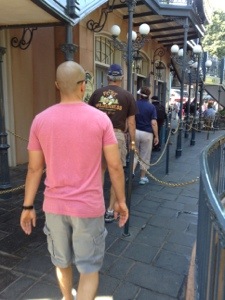 We hit two of our very favorites, Indiana Jones and Pirates of the Caribbean. Note: the line to Pirates always goes by super fast no matter how long the line might appear to be. The ride has about 1 million (yes, I counted) carrier boats going at a time, so the waiting process goes by quickly. 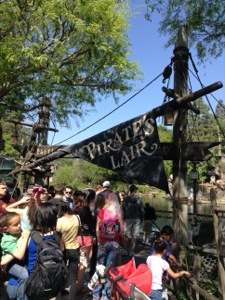 We played in Pirates Lair (something I’d never done before) and took some time for lunch. While my lunch was not the greatest, I did have the fortune of having ducks eat sweet potato fries out of my hand. They were not shy in the least bit. Then we visited the Winnie the Pooh ride… no laughing!

Space Mountain was next. I LOVE THAT RIDE! I love it enough that I will forgive how terrible it made my hair look once the ride was over.

Of course we rode all the kiddie rides: Small World, Snow White, Pinocchio, etc. My feet were killing me by this point and it was nice to take the long Small World cruise and give them a break! 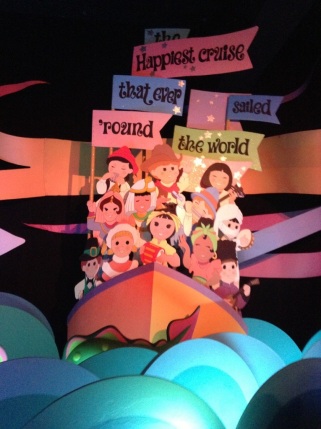 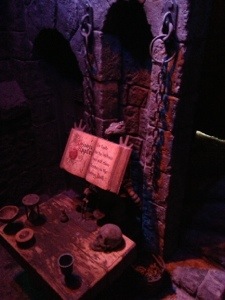 I rode the Disneyland train for the first time in my life… or so I think. The best part of the ride was that adorable little boy below! He and his family were not American, so I couldn’t understand a word they were saying but he kept staring at me, playing peekaboo, and laughing hysterically. He made me laugh the entire ride. I truly cannot remember the last time my face has hurt so badly from smiling. 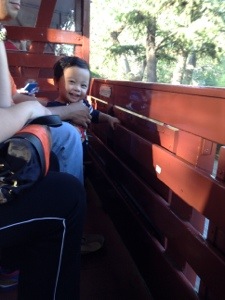 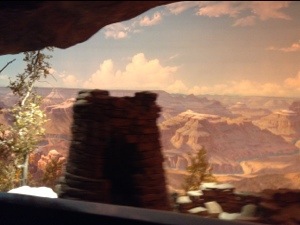 The train continued through the Grand Canyon and through a few dinosaur scenes; I was distracted by that little toddler so I wasn’t really paying attention. We rode Pirates twice more and Haunted Mansion once more before being caught in the parade traffic. They shut down Main Street for the parade, so you’re pretty much forced to watch it. So watch we did. 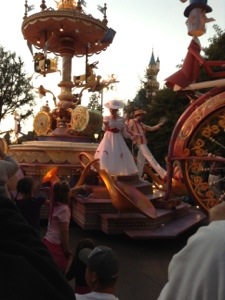 We played around in Pixie Hollow (think that’s what it’s called) where Tinkerbell and her friends live. I sort of felt like I was in an embroidery hoop in that second photo. Wouldn’t that be delightful?! Then we took a quick browse through the Main Street shops and headed on our merry little way home.

I just so happened to find a window featuring crafting items and another with both of Lea Salonga’s characters next to each other in one of the shops. How delightful for me! And no, I did not stage this! 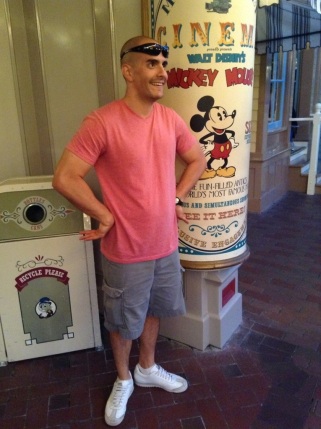 So did you find my hidden Mickeys?

7 thoughts on “Find the Hidden Mickey”